Take control of your state and expand it into a mighty empire! Recruit soldiers and command huge armies into epic battles and crush all those who oppose you!

Imperia Online is MMO strategy known for its deep gameplay. Build your capital, claim new territories by establishing provinces, trading posts and military encampments. With its MMO and pvp focus you can expect to become a part of an alliance and wage war against enemy players in competition for the title “Lord of the Realm”! Train your army to spy on the enemy and defend your Empire. Developed by Imperia Online LTD. 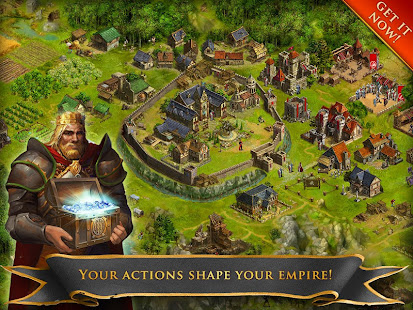 Soon available on the Chinese market

Take on the role of a medieval ruler, destined to turn his small village into a mighty Empire. Enter a world that never sleeps. A world where you will face thousands of players. Some of them bound to be your enemies. Others will become your friends and trusted allies. Imperia Online is known for its deep gameplay, a near perfect blend of strategy and simulation. Build your capital, claim new territories by establishing provinces, trading posts and military encampments. Train your army to spy on the enemy and defend your Empire from all who dare to reach for its riches. Each decision you make as a ruler has an impact on your Empire and echoes throughout the entire Realm.

Any cookies that may not be particularly necessary for the website to function and is used specifically to collect user personal data via analytics, ads, other embedded contents are termed as non-necessary cookies. It is mandatory to procure user consent prior to running these cookies on your website.